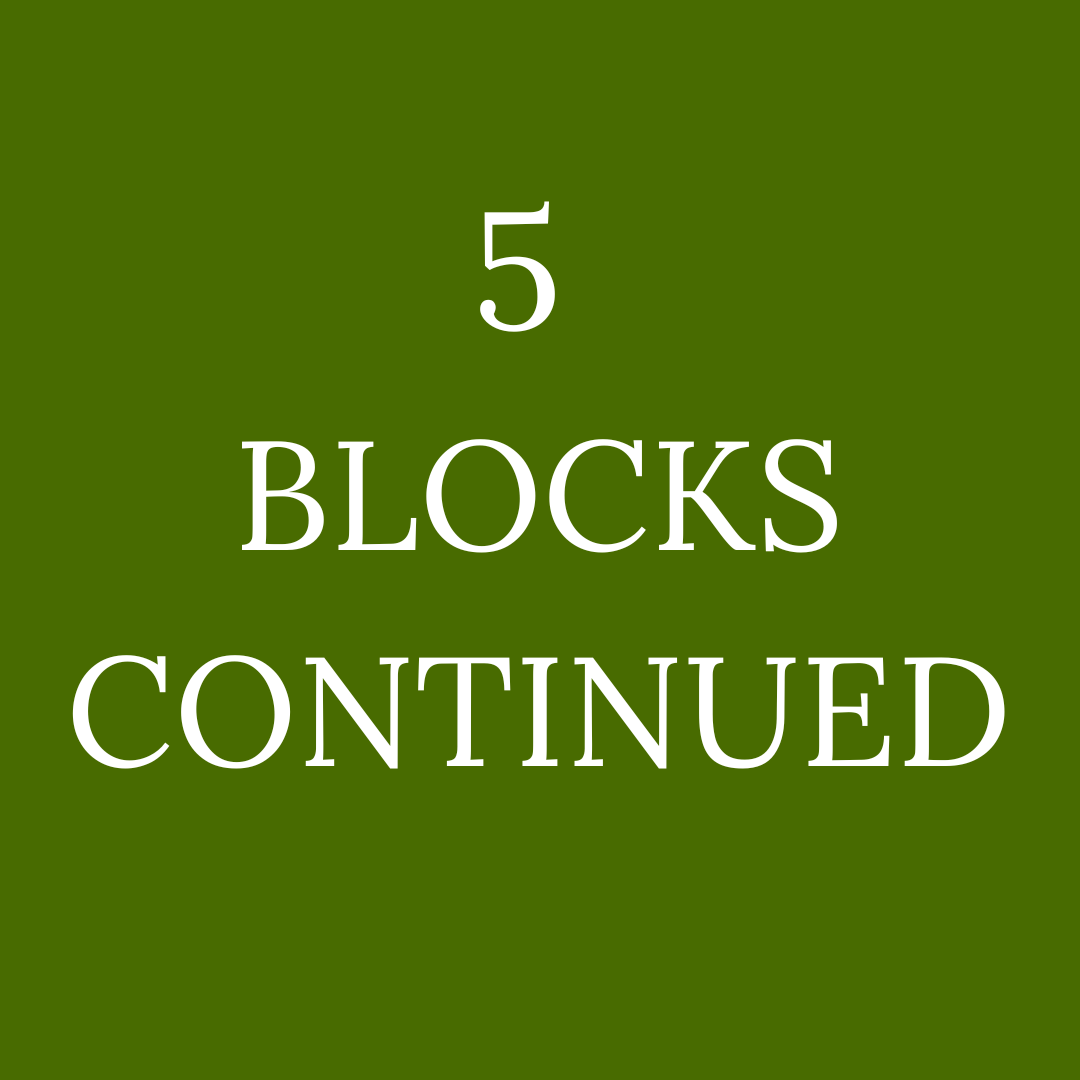 As a follow-up from our previous blog post on the subject of “5 Blocks That Could Be Keeping You Stuck”, this is a continuation from that. So, here we are with 5 Blocks Continued.

As a refresher, let’s remind you of what a block is. A block is something that is in the way of allowing you to move forward or get where you’re trying to go. They often show up as obstacles, stuck points, or hindrances you can’t seem to see your way past. That’s a block.

Remember, there are 20 of these blocks that I came up with, and we covered the first five in the last post. You don’t necessarily have to read them in any order, but if you missed it, don’t forget to go back and check it out.

6. Too many other issues clouding your judgment. When you have too much going on at one time, it can be a challenge to get anything at all done. This is where focus comes into play. Multitasking can sometimes be overrated. You cannot do too many things at one time and be 100% successful with all of them at the same time. Imagine if you just took one thing and zoned in on that thing until it was done. Just imagine. How do you think you would feel?

7. Lacking decision-making skills. When it comes to choosing what you are going to do, is it a struggle for you? There could be different things going on that is creating a problem for you to decide. Maybe you have too many choices to make at one time, or you’re between two good options, or you’re more concerned about what someone else wants you to do. Try to get to the bottom of your challenge in making decisions.

8. Feeling inadequate or not enough. Feeling this way comes from a place. Where does the feeling that you’re not enough or not good enough come from? Is it something someone said to you, or was it the way someone made you feel? Are you trying to compensate or overcompensate for something that didn’t get done that you wanted. Do you not feel seen or heard? Identifying that this is a problem can bring you the awareness needed to help you choose a different story to begin telling yourself.

9. Not listening to and trusting in your own internal guidance. Who knows better for you than you? Sure, there may be times you’re not sure and you second guess yourself. But for the most part you’re dead on when it comes to knowing what you know you know. You may not know how you know what you know, but you just know what it is you know. When you know, you just know. Period. Trust that!

Are any of these five blocks keeping you from moving forward? If so, you are now aware of that particular block that’s got you stuck. The next step to getting past this point is to dig more into why you’re blocked. Reading more about the block can support you in getting past it.

Remember, there are 20 in total. We will look at another five blocks in the next post. If you can’t wait to get the other 10, not to mention, more information on the ones you’ve received already, then head over and get all 20, along with an audio recording so that you can listen at your own leisure, anywhere, anytime. Check out the Unblock Bundle. Until the next time, happy unblocking!